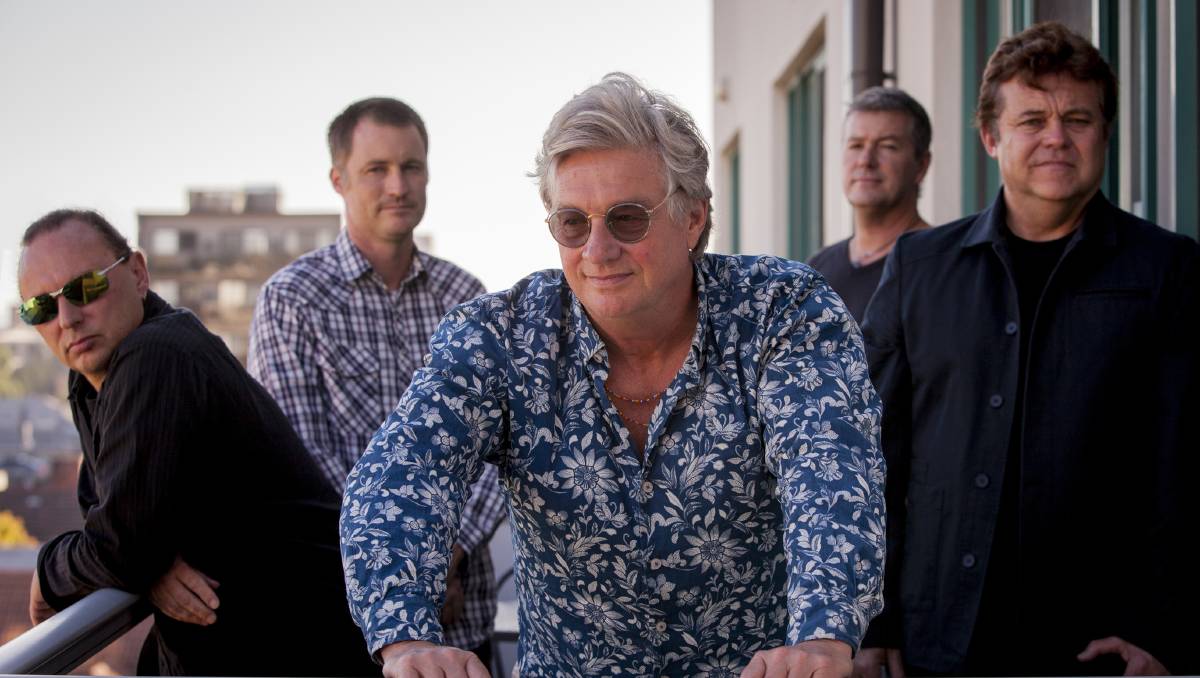 Back in May 2018 Mental As Anything member Greedy Smith shared some of the insights and highlights of his life and career with Radio Blue Mountains announcers Paul Young and Willem Hendriksen. When quizzed on his early musical influences he listed, amongst others, the tracks ‘Those Lazy-Hazy-Crazy Days of Summer’ by Nat King Cole, and Patsy Cline’s ‘Crazy’. Are we seeing a theme here yet?

Greedy was a particularly personable guy, likable, comical, and an animal lover. Though the feeling was not always mutual. As Greedy explained, ‘I started playing harmonica when I was about 10, playing to the cat in the backyard. It hated it of course; and scratched me a couple of times – trying to get me to shut up’.

Singer/songwriter Andy Smith earned his nickname by wolfing down 15 pieces of Kentucky Fried Chicken on stage one evening. He, along with fellow art students Martin Plaza, Reg Mombassa, and Wayne DeLisle formed ‘The Mentals’, as the band came to be known by their devoted fans, in 1976. Their first residency was at the inner-Sydney Unicorn Hotel, a pub so small that they played for over a year on a pool table repurposed as a stage. From such humble beginnings, The Mentals achieved considerable success both here and overseas, with their biggest o/s hit being ‘Live It Up’. Other whacky tracks included “The Nips Are Getting Bigger”, “Come Around”, “If You Leave Me, Can I Come Too?”, “Too Many Times” and “Surf & Mull & Sex & Fun”. Greedy was the last of the original band members until we lost him to a heart attack on 2 December 2019, two days after the band’s last show (thus far) on November 30 of that year. Bizarrely enough five weeks before his death, he stated in an interview, “To have lived this long is a great thing.” He leaves behind his fiancée, Fiona, and his son Harvey.

The current incarnation of the ARIA Hall of Famers consists of ‘Atlantics’ surf rock guitar wizard Martin Cilia, Jacob Cook on drums, Peter Gray on bass, and Craig Gordon also on guitar. It’s a really tight outfit — or was until they lost the irrepressible heart of the band, the keyboard clown, the gregarious glue that held The Mentals together. Will they continue to perform? Here’s hoping … I know I’m not alone in champing at the bit for a dose of gonzo pop from the much-loved Ocker rockers.